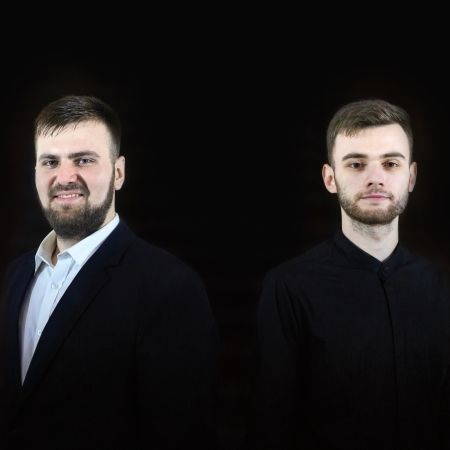 Cello & Guitar | On contrast strings is an unusual combination of tones that makes the blood boil. It's a passionate dance of rhythms and a burning palette of feelings. Together, the musicians create an explosive atmosphere and such expression cannot leave anyone indifferent. Look forward to a varied program of Spanish and Brazilian motifs. Sitting still will in no way be easy for you!

The cello and guitar duo will light up the evening and since it's far from their first performance together, they know exactly how to conquer your hearts.

Get ready, for it will be hot!

Modest Mentsinskyi. Musician's repertoire covers the period from classical masterpieces of cello music to experimental and innovative works of modern times. The artist performs popular romantic songs and music by Ukrainian composers. He often performs at concert venues and music festivals in different cities of Ukraine and Poland.

Stanislav Synytsya is happily working with musicians who want to expand their own original repertoire. His collaboration with a cellist Modest Mentsinskyi opens the possibility of two instruments — guitar and cello — in a new way. He actively gives concerts both as a soloist and as a chamber musician