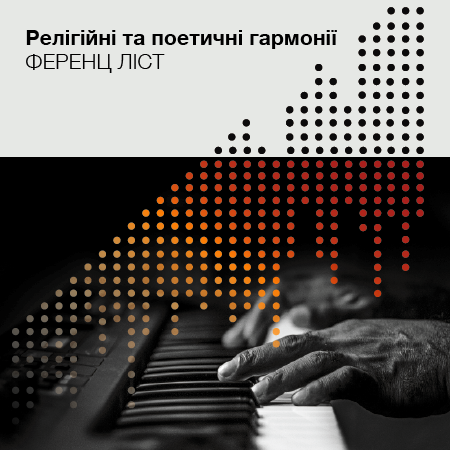 Franz Liszt. Religious and poetic harmonies
This music reveals a completely different side of Liszt's work. After taking the abbot's gown, he renounced worldly life and became deeply involved in musical philosophy. The Poetic and Religious Harmonies cycle became a peculiar revelation without a trace of the brilliant virtuosity and flamboyance of young Liszt. These are profound and insightful works that bring us to a higher transcendental world.

Franz Liszt explains the meaning of the cycle in the preface:
“There are dreamy souls whose loneliness and contemplation are drawn to exalted thoughts... all their thoughts are invariably drawn to enthusiasm and prayer and their existence is a silent praise to the almighty nature and hope. They are looking for ways to rise up in themselves and in all the living things that surround them and for expressions and images to reproduce the divine principle in their souls, to open themselves to it: can I give them a few!
There are hearts broken with sorrow, cast away by the world, hiding in the world of their thoughts, in the solitude of their soul to weep, wait or love; can they allow a muse to enter if she is as lonely as they are and find pleasure in agreeing with her and speaking sometimes, while listening to her: we pray in your words, we cry in your tears, we call in your songs!

Performed by
Rostyslav Fedyna — 5th year student at the Mykola Lysenko Lviv National Music Academy, class of professor O. B. Pylatiuk. He studied at the Lviv S.Krushelnytska specialized secondary music boarding school, class of professor M. S. Gavrushko. Participant and winner of all-Ukrainian and international competitions, including: Competition-festival in memory of B. Lyatoshinsky in Paris, (prize for the best performance of Ukrainian music) International Forum of Pianists Beskid Without Borders, Poland (Golden Parnassus 2018). Regularly performs solo and chamber programs within and without the academy.

- Invocation
- Ave Maria
- Blessing of God in solitude
- In Memory of the Dead
- Our Father
- The Awaking Child’s Hymn
- Funeral
- Have mercy, Lord
- Andante lagrimoso
- Hymn of love